Welcome to the Honey Run Waterfall Park, located at 10855 Hazel Dell Road, Howard. We hope you enjoyed finding the Honey Run Waterfall geocache and will continue to complete our GeoTrail within our other park systems. If you have not printed our Geocache form, you will want to do that now, click GeoTrailForm  The form will include the coordinates of each park cache as well as a space to unscramble a code word spelled backwards on this page. This code word is a feature to Honey Run Waterfall Park. If you are one of the first 100 to complete the GeoTrail and this form you receive the Knox County Park District’s GeoToken.

Honey Run Waterfall Park features a 2+ acre property that includes a stunning 25-foot high waterfall. This park, named for the stream Honey Run, which cascades over the waterfall, is open to the public 365 days a year. The Knox County Park District acquired this gem  through financial assistance from the Community Foundation of Mount Vernon and Knox County.

Two years later, the Park District purchased an additional 19 acres from the Millwood Sand Company. This additional purchase allows visitors to hike from the waterfall to the Kokosing River which provides a spectacular view. Along the river many stunning photos are captured on the blackhand sandstone boulders and cliffs formed some 350 million years ago.  Originally identified as a priority park in the original Knox County Comprehensive Plan in 1975, the Waterfall site contains a rare plant community (disjunct boreal habitat more often found in Canada). Towering Eastern skcolmeh, witch-hazel, partridge-berry, wild ginger and round-leaved hepatica grace this natural area.

Since 2014, many construction projects were developed to protect the unique ecosystem and natural resources of the Park and to provide for visitor’s safety. Those improvements consisted of a staircase and two bridges over Honey Run. The bridge nearest the Kokosing River was constructed by the 2015 Leadership Knox Class.

Upon your next geocache site, you will visit the Honey Run Highlands Park which is an additional 348 acres across the road from the waterfall. The park can be accessed at 10865 Hazel Dell Road or 10816 Millersburg Road Howard parking lots.

Watch a short, high definition video of the site and listen to the sounds of this spectacular waterfall, the only one of its kind in Knox County. 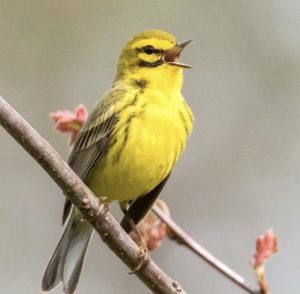 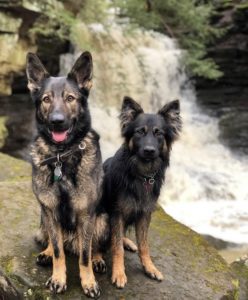 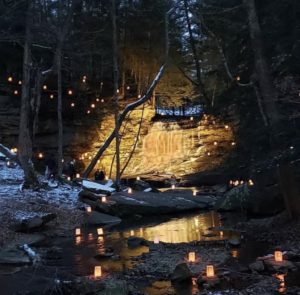 The Waterfall during our Fire and Ice Event 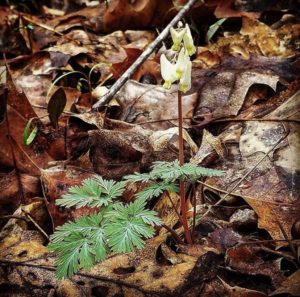 Dutchman’s Breech at the Park 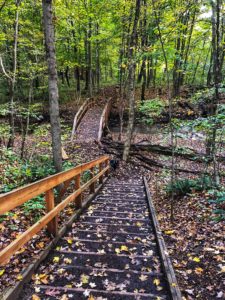 Staircase that leads to the River 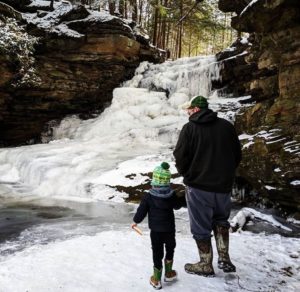 Waterfall in a Frozen State 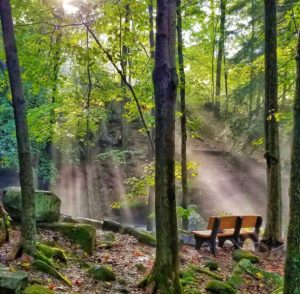 A Place to Take in the View 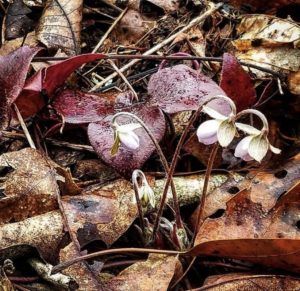 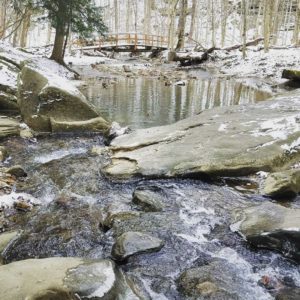